How To Keep House Cool Without Running The AC

Want summer comfort but hate the AC? Follow these tips on how to keep your house cool without costly air conditioning. 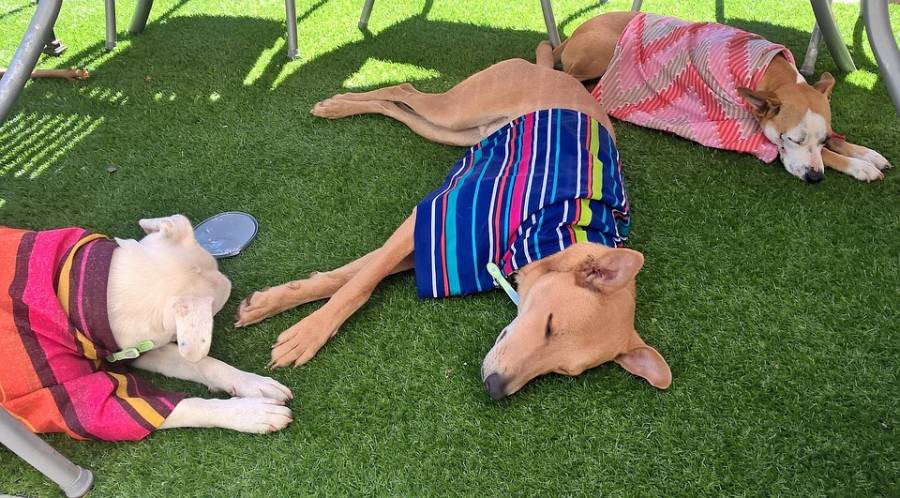 When sunlight enters your house, it turns into heat. You’ll keep your house cooler if you reduce solar heat gain by keeping sunlight out.

Close the drapes: Line them with light-colored fabric that reflects the sun, and close them during the hottest part of the day. Let them pillow onto the floor to block air movement.

Add awnings: Install them on south- and west-facing windows to reduce solar heat gain by up to 77%, says the U.S. Department of Energy. Make your own by tacking up sheets outside your windows and draping the ends over a railing or lawn chair.

Install shutters: Interior and exterior shutters not only reduce heat gain and loss, but they also add security and protect against bad weather. Interior shutters with adjustable slats let you control how much sun you let in.

Apply high-reflectivity window film: Install energy-saving window films on east- and west-facing windows, which will keep you cool in summer, but let in warming sun in the winter. Mirror-like films are more effective than colored transparent films.

Be sure to open windows when the outside temperature is lower than the inside. Cool air helps lower the temps of everything — walls, floors, furniture — that will absorb heat as temps rise, helping inside air say cooler longer.

To create cross-ventilation, open windows on opposite sides of the house. Good ventilation helps reduce VOCs and prevents mold.

Portable fans: At night, place fans in open windows to move cool air. In the day, put fans where you feel their cooling breezes (moving air evaporates perspiration and lowers your body temperature). To get extra cool, place glasses or bowls of ice water in front of fans, which will chill the moving air.

Ceiling fans: For maximum cooling effect, make sure ceiling fans spin in the direction that pushes air down, rather than sucks it up. Be sure to turn off fans when you’re not in the room, because fan motors give off heat, too.

Whole house fans: A whole-house fan ($1,000 to $1,600, including install) exhausts hot inside air out through roof vents. Make sure your windows are open when you run a whole-house fan.

You’ll save money and reduce heat output by turning off appliances you’re not using, particularly your computer and television. Powering down multiple appliances is easier if you connect them to the same power strip.

Don’t use heat- and steam-generating appliances — ranges, ovens, washers, dryers — during the hottest part of the day. In fact, take advantage of the heat by drying clothes outside on a line.

These green house-coolers shade your home’s exterior and keep sunlight out of windows. Plant them by west-facing walls, where the sun is strongest.

Deciduous trees, which leaf out in spring and drop leaves in fall, are best because they provide shade in summer, then let in sun when temperatures drop in autumn. Select trees that are native to your area, which have a better chance of surviving. When planting, determine the height, canopy width, and root spread of the mature tree and plant accordingly.

Climbing vines, such as ivy and Virginia creeper, also are good outside insulators. To prevent vine rootlets or tendrils from compromising your siding, grow them on trellises or wires about 6 inches away from the house.